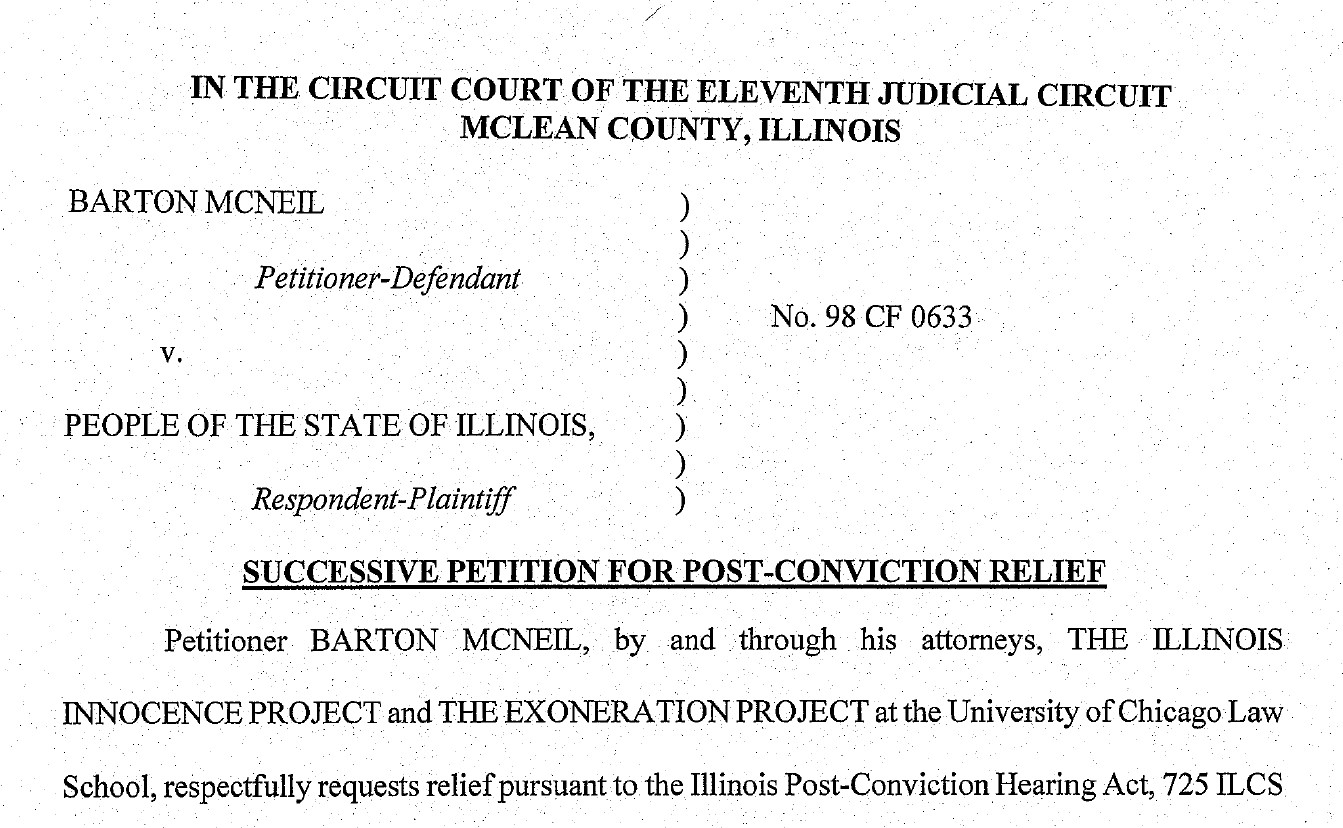 On February 23rd the attorneys for both the Illinois Innocence Project and Exoneration Project, which is two out of the three innocence projects that exist in the State of Illinois, filed on my behalf a Successive Petition for Post-Conviction Relief. This document sets forth eight items that should be considered New Evidence that should warrant me a New Trial. In truth, I Barton McNeil, do not believe any charges should have ever been filed against me in the first place as all guilt for the heinous murder of my daughter Christina McNeil rests with none other than my ex-girlfriend Misook Nowlin Wang. The New Evidence should all be considered new as it was not available for when I attended my Bench Trial before a lone judge who found me guilty and sentenced me to lifetime imprisonment, or “death by prison”. Thanks for taking the time to read this fascinating document.