Days Until Bart’s Next Hearing: 106 days

The following news article Barton became aware of in October the precipitated his urgent call to Bloomington area AM Radio news program WJBC he was able to surprisingly reach using the prison yard phone.  Typically calls made by prisoners have to be made only to those on a closely monitored approved caller list.  Despite the obviousness and correlation between Misook Nowlin and Barton McNeil’s case, nobody from the McLean County State’s Attorneys office or the Bloomington Police Department reach out to inform Barton McNeil of this incredible “coincidence”.  Those who are seasoned murder detectives across the United States have one mantra:  “There is no such thing as coincidences”.  Except in McLean County! 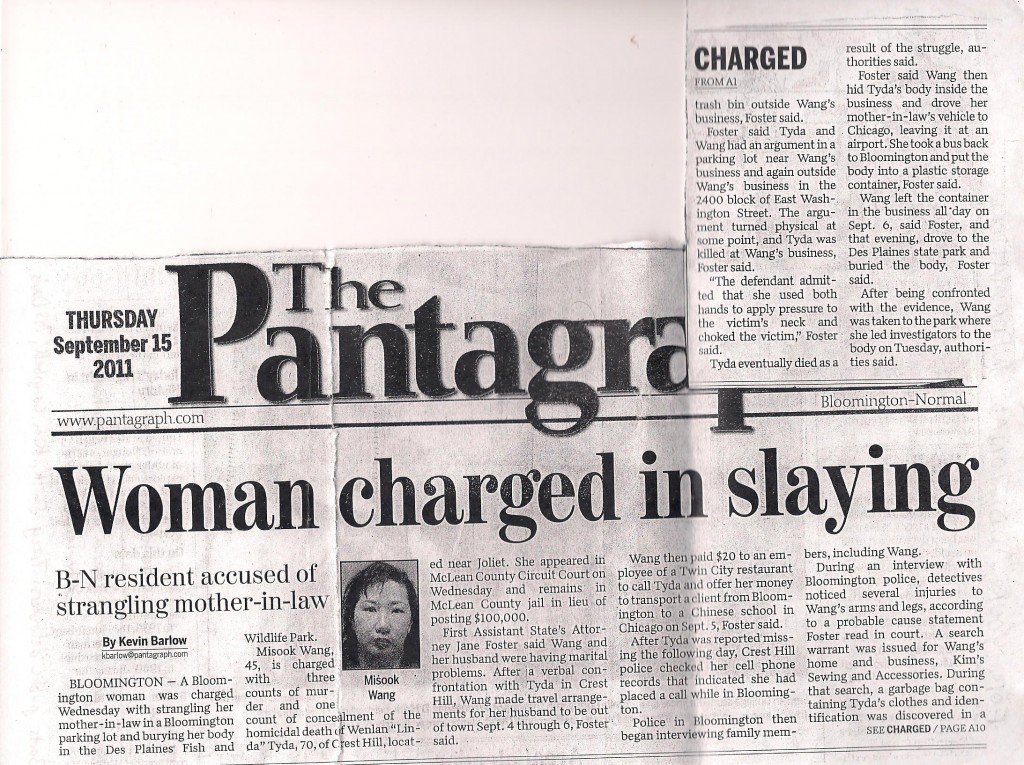